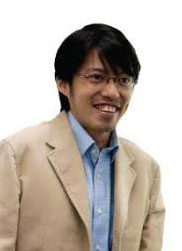 Dr. Darren Chua defeated death, and conquered life. His is a success story that is unlike any other.

At age 24, Darren was at the peak of his life; having just graduated from the National University of Singapore (NUS) School of Medicine, his ambition was to save lives and help others as a surgeon. However, it never occurred to him that he would be on the receiving end of the surgery table.

That year in 2000, Darren suffered a near-fatal stroke paralyzing the entire right side of his body. He went through a punishing rehabilitation program, determined to recover and fulfill his dream of practicing medicine. However, his attempts to attain license to practice were rejected each time over a period of three years.

Perhaps God had a different plan for the faithful entrepreneur. “Darren has always wanted to help others”, mentioned his wife. Through the establishment of Potter’s Clay Education Pte Ltd in 2009, he got his wish in a different way. Darren founded the education centre with a vision to revolutionise and heighten the education industry and over the last two year, the success in the centre is clear with an approximate 80% distinction passes in both Pure Science and Math subjects for the cohort of 2009 and 2010. He also established Project Ace! A programme that refunds the entire year’s tuition fees if students did not score distinctions in their results for the Singapore-Cambridge General Certificate of Education (Ordinary Level) exams.

Potter’s Clay aims to facilitate and stimulate the minds of youths so as to achieve their dreams. As an educator, his vision for the students is to bring to fruition their innate potential so that they may excel in all that they choose to pursue. Darren hopes to send out a message of hope to the younger generation with his story.

Truly, it is rare to encounter such a spirited person in the face of adversity. Darren is grateful for life and intends to lives it to the fullest. He says, “things happen in life, sometimes they’re not in your control but you can make a choice to either live with regret or make the most out of it”.

"Failure comes only when you decide to throw in the towel.”